A Legend Steps Down

It is sad to announce that Kevin McPheat is stepping down as Chair and from the Board of North Harbour Hockey (NHHA).

Kevin has been a valued Board member since 2010 and Chair of the Board since 2013 and is one of the 25 legends of North Habour Hockey.

Kevin has been a key leader in the transition and transformation of NHHA as it has moved from a predominantly volunteer organisation to a major player in the NZ Hockey landscape.

Over Kevin’s time on the NHHA Board and as Chair, he has overseen many significant projects including but not only:

Kevin has added significant value to NHHA over his time involved and can be proud of his role over a long time.  He is an unassuming person whose preference is to drift into the background; however, I know he will not be a stranger around the turf.

Kevin would like to thank the NHHA community and the HHCT for having faith in his guidance during this time.  He is also very happy with the systems and sub-committees that are running to take the association forward.  Again he would like to thank all the board members that he has worked alongside during his time on the NHHA board and pleased with the duel chairperson role that Bronwyn Commer Smit and Larry Stenberg have taken up.

A massive thank you, Kevin, and to your long-suffering family for all your time and commitment. 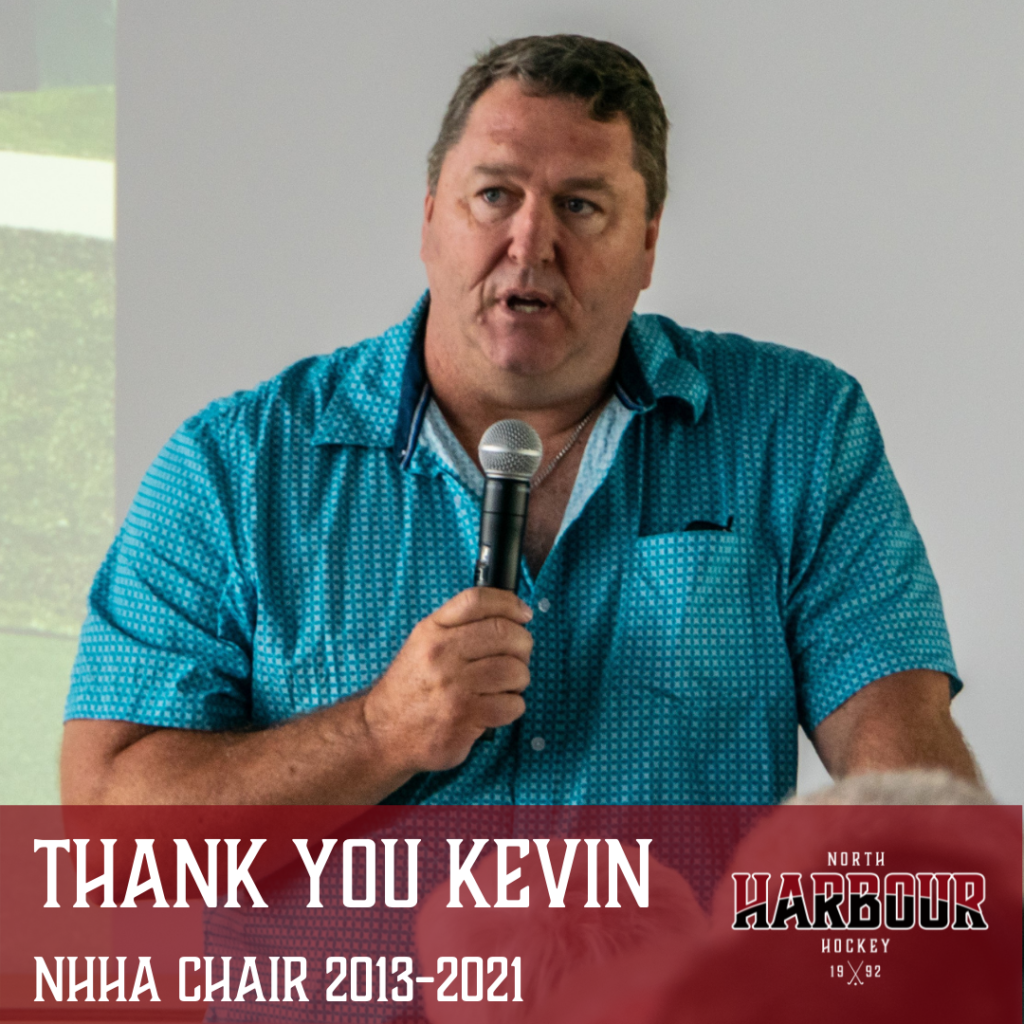