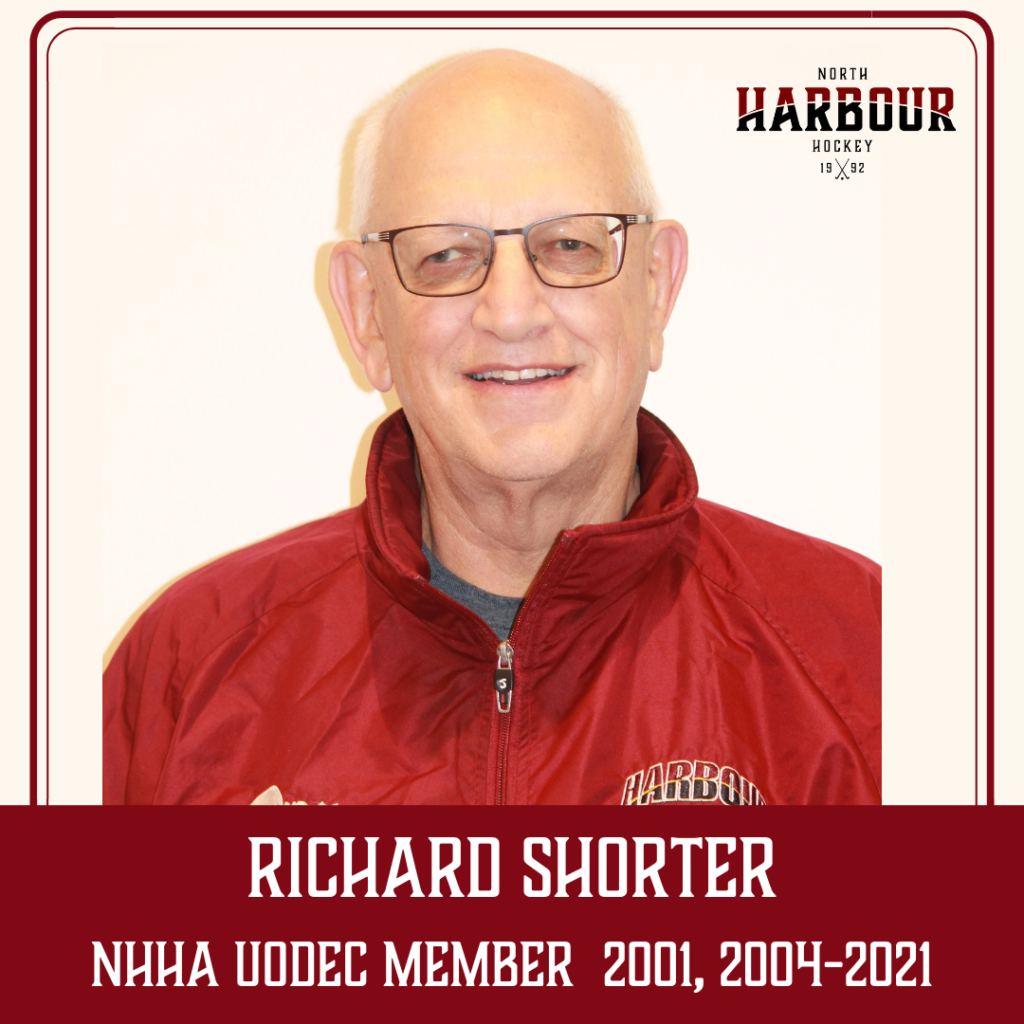 North Harbour would like to acknowledge the long-standing member of our Umpire’s & Official’s Executive Committee, Richard Shorter, as he steps down after serving 20 years!

Since Richard joined the NHHA Umpires Division in 1997, he has undertaken a magnitude of volunteer roles. Beginning his journey with NHHA as a Junior Boys Co-ordinator, Richard joined Team Orange as a Secondary Umpire and quickly progressed into our Club Competition.
Over the last 20 years, Richard has become an annual volunteer on the Umpires Executive Committee (contributing over 480 hours at monthly meetings + all of the extras). He is now the mastermind manager behind the Altius Software the supports our club intercity competition. Furthermore, Richard’s excellent attention to detail has kept our Club Competition’s Player Penalty Points System tidy and up to date, volunteering over 20 hours a week throughout the winter for the past eight years.

If he didn’t do enough, many of you have probably also seen or worked alongside Richard across numerous Hockey New Zealand National and International Tournaments as a Technical Assistant or Tournament Director. Richard’s outstanding contribution was recognised in 2019 when he received an HNZ Gold Service Award for 25+ years of service to hockey!

On behalf of the NHHA staff, Team Orange, and the UODEC, we thank you, Richard, for your extensive contribution to the development of our Umpiring & Officiating Division.